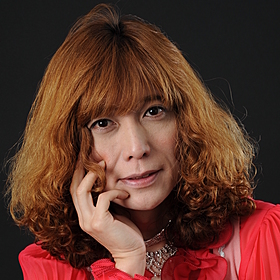 From an early age, he woke up to old songs through AM radio, and during adolescence, he spent his days devoting himself to listening and research while collecting used records.

After graduating from high school, at the age of 27 after working at a second-hand bookstore and a long-term care worker, one day he suddenly joined the long-established mood song group Hiroshi Wada and Mahina Stars with the stage name "Jun Tabuchi".

After that, he worked in the same group for two years until Hiroshi Wada passed away.

After the group was disbanded, in addition to appearing in neo-Showa Kayo and subculture events at live houses in Tokyo, he also advanced to vaudeville and comedy live performances.

He has established a new genre called Mood Kayokyoku and has become a heretic.

・ Posted on Sundays every 4 weeks

Legal counseling office (NTV) where you can line up     Refreshing !! (NTV)

Red and white song battle (CX ) that imitates a laughter

Mood Kayokyoku based on bass